A blind cat led a family to her three kittens after seeking a comfortable home her whole life.

A stray cat was found wandering outside at an elderly couple’s residence. Their son, on a routine visit to their home, noticed that the cat’s eyes appeared crusted shut. He followed the friendly tabby to her den and was surprised to discover three tiny kittens that she had been caring for.

“He contacted our rescue for help. At the time, the cat was thought to have bad eye infections that sealed her eyes closed,” Mary Huckabee, CBCR Officer, told Love Meow.

As soon as they had an available foster home, they welcomed them in with open arms. 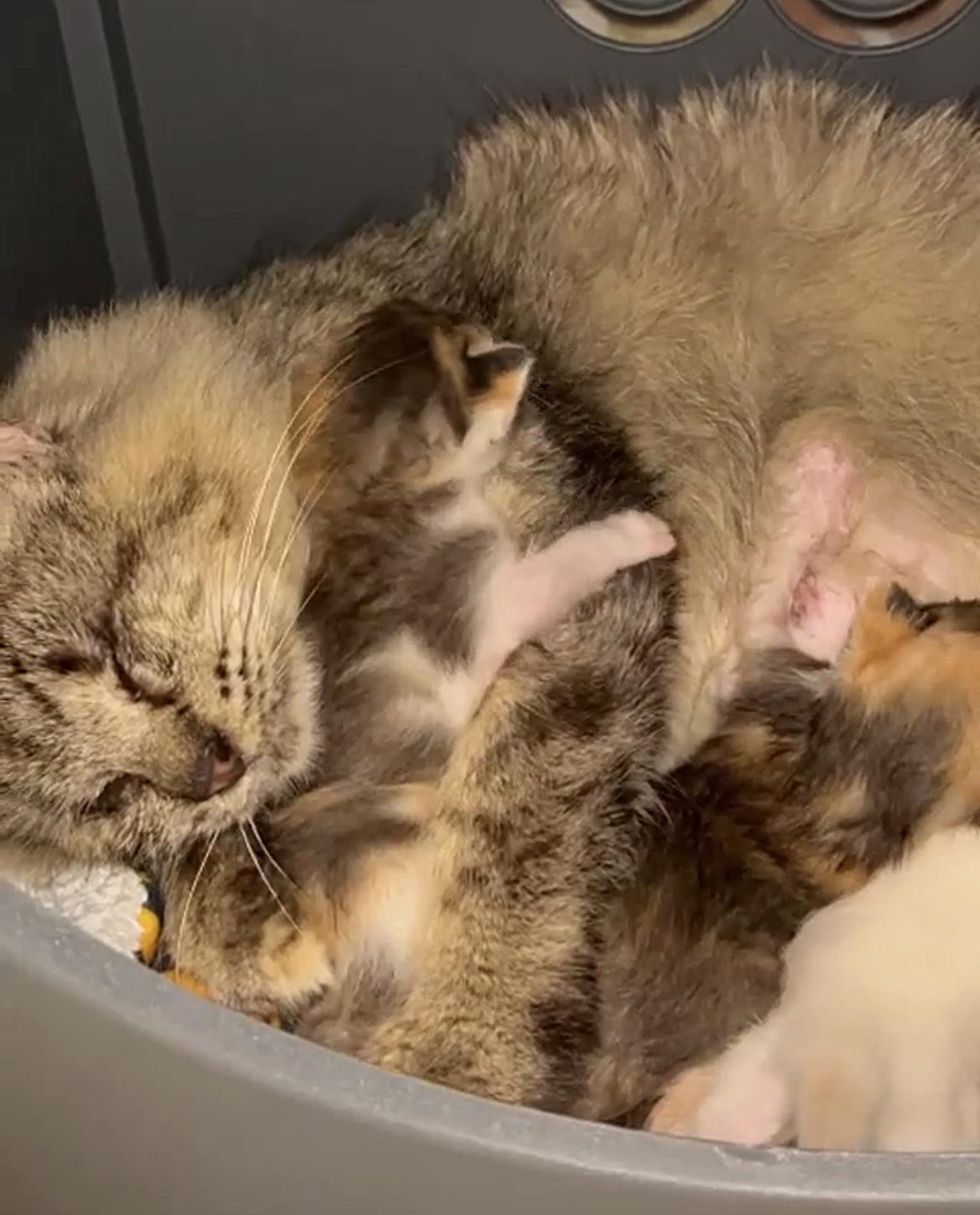 Two of the kittens were very malnourished, showing signs of an upper respiratory infection (URI). The cat mother, named Clue, scarfed down the food before settling in her comfy, warm nest with her babies (Candyland, Monopoly and Chutes and Ladders) nursing on her belly.

As Clue’s eye drainage improved, they noticed that she didn’t have normal eye tissue and was completely blind. 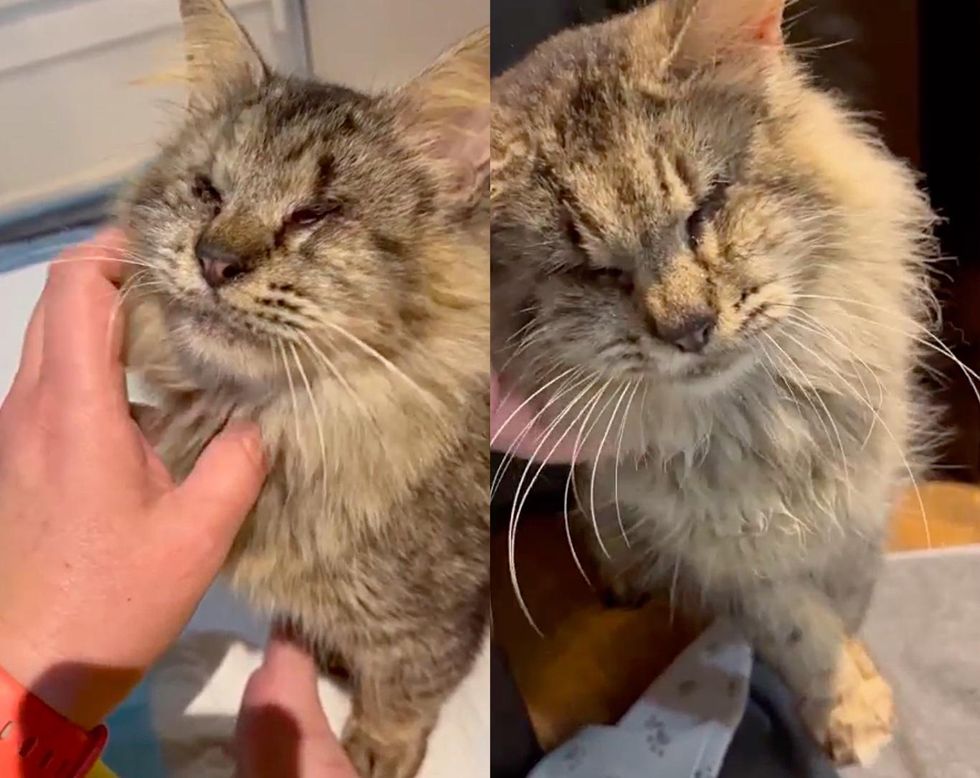 “Our vet thinks she has congenital microphthalmia, born with very small or absent eyes. She will need enucleation to prevent recurrent infections,” Mary shared with Love Meow.

“Being blind doesn’t bother her at all. Mama Clue was very protective of her babies.” 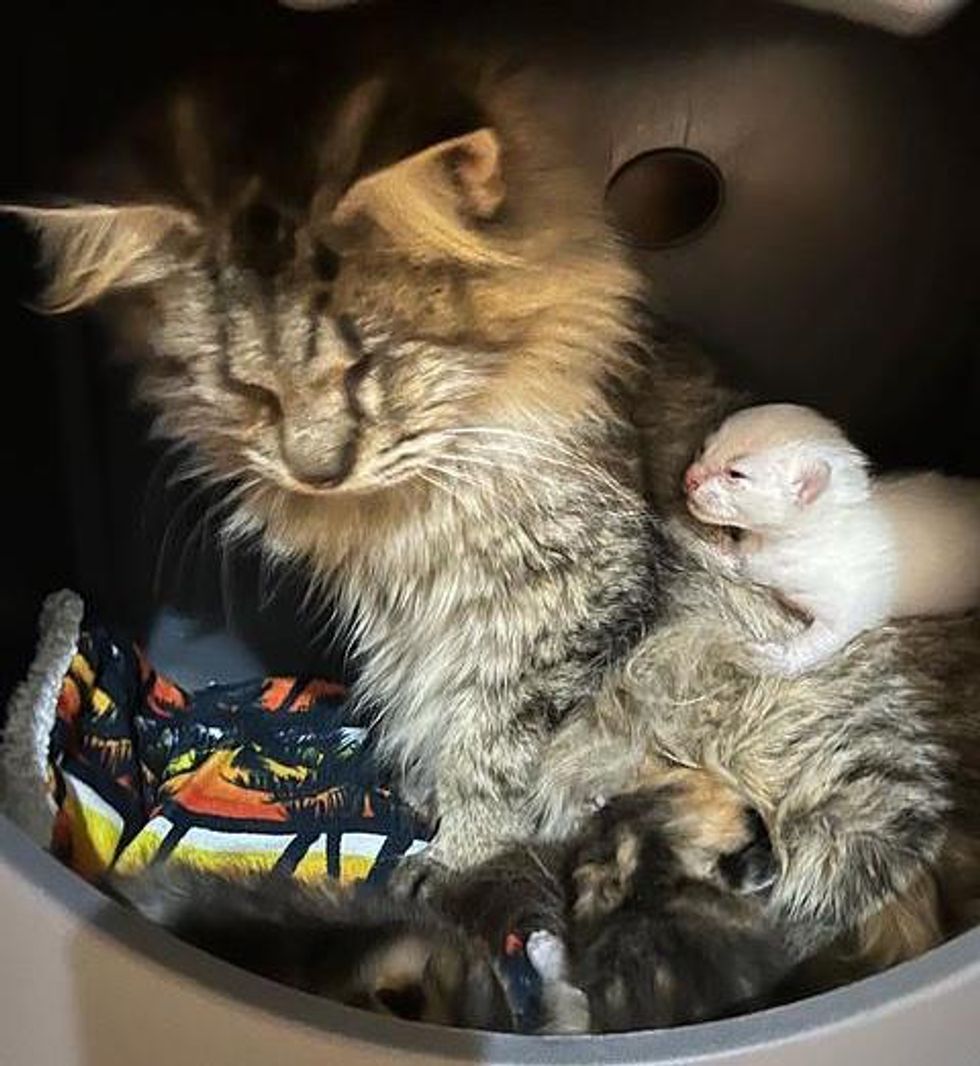 With a safe home, warm beds, and medical care, the kittens regained their appetite and started putting on weight. Their eyes all cleared up after a week of TLC.

Whenever the kittens were taken out of the cube to be weighed, Mama Clue kept close tabs on them. She made sure that her babies would be quickly returned to the nest and into her loving arms. 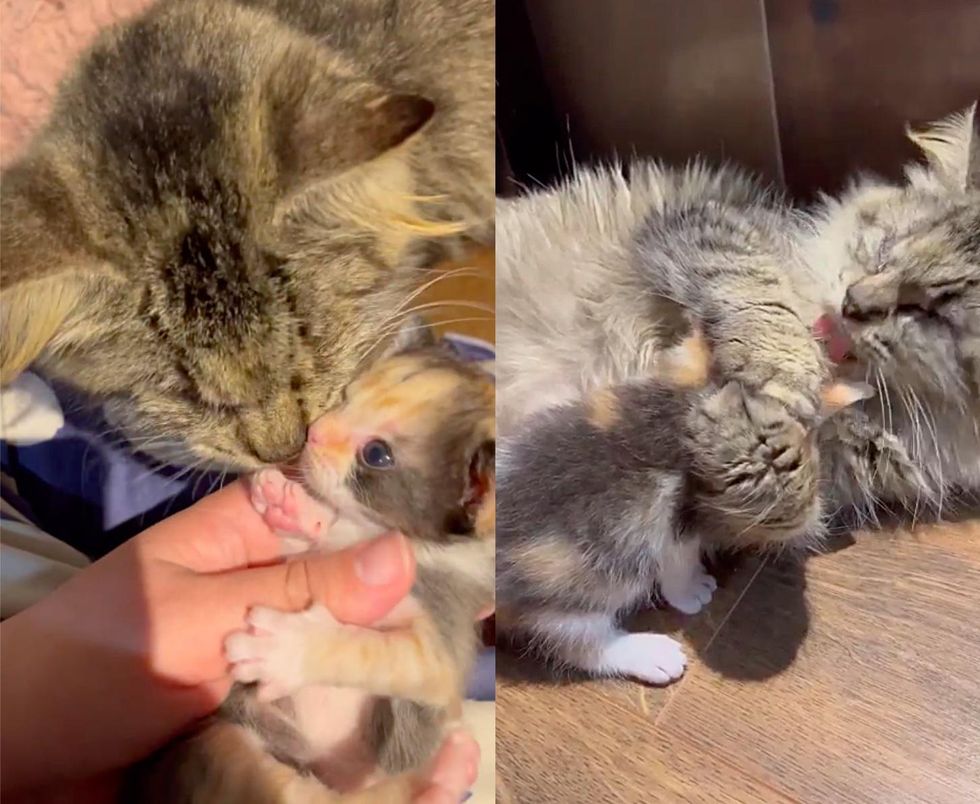 She is a very protective cat motherCoastal Bend Cat Rescue

“Occasionally she would be surprised when a baby would meow from a place where she didn’t expect.”

Watch Mama Clue and her kittens in this cute video:

Clue the cat and her kittenswww.youtube.com

At three weeks old, the kittens were getting mobile and actively trying to find their feet. Mama Clue wasn’t so pleased when one or all three of them embarked on an escapade outside the mama-approved safe zone. 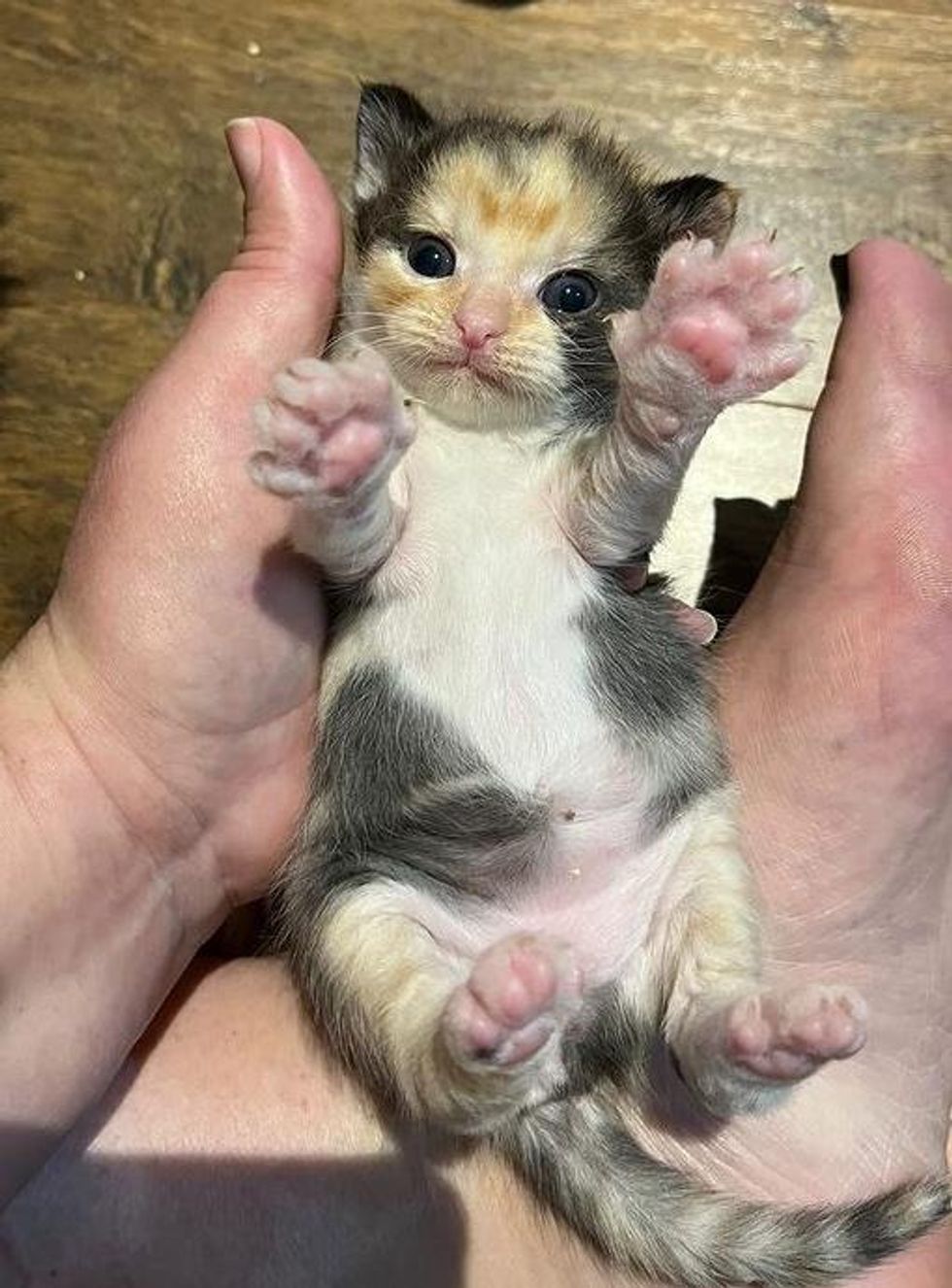 “She would carry them back to ‘their place’ over and over before she realized she was fighting a losing battle and that her babies were now ready to explore.”

Clue enjoys the company of her people and seeks affection from them. She will lean in for head scritches, or flop on her side to signal that her belly needs to be rubbed. “She starts making biscuits as soon as her foster mom enters the enclosure,” Mary told Love Meow. 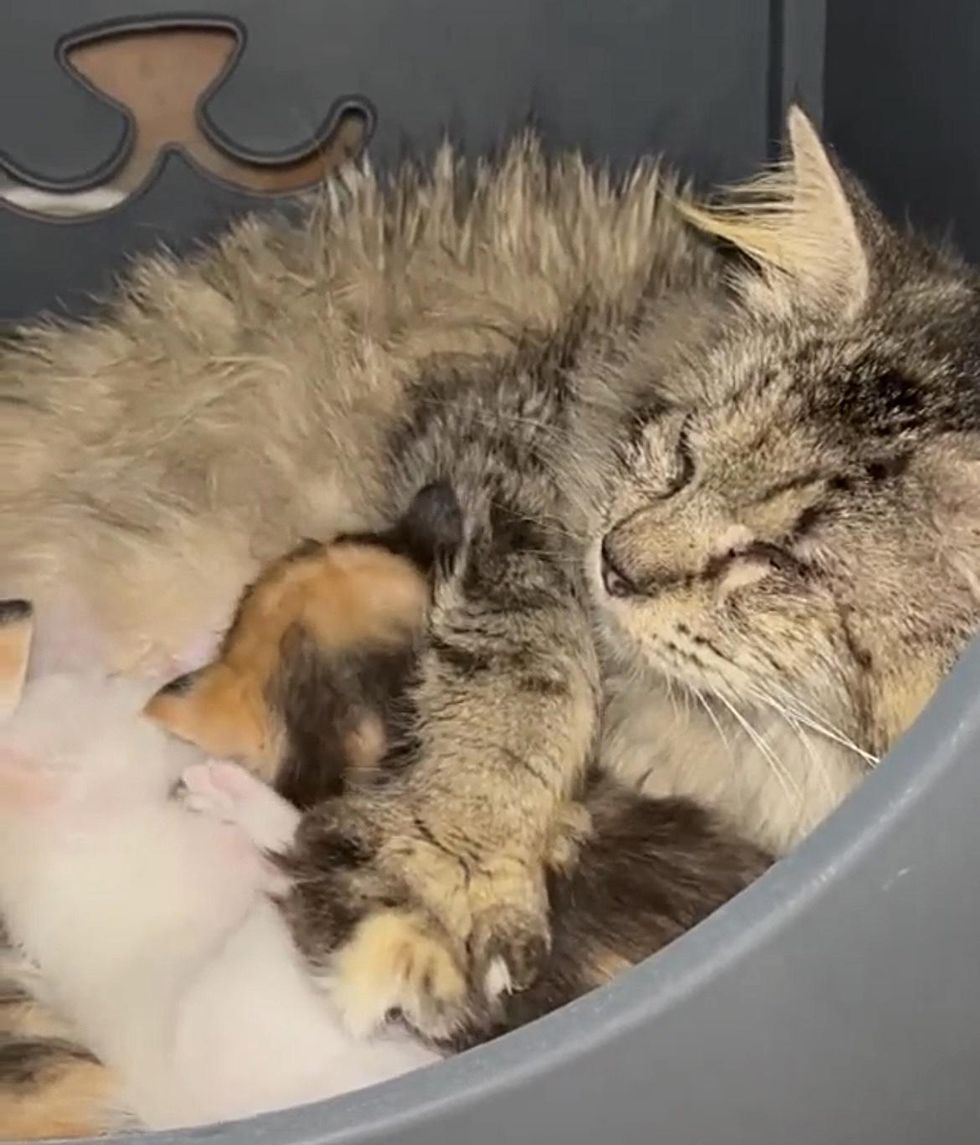 “Even though she was an outdoor cat for her whole life and blind, she figured out the littler box right away, and is thrilled to be living a life of luxury now.”

Mama Clue and her precious trio are thriving in foster care. The kittens, now at four weeks old, have reached several milestones, and their personalities are emerging. 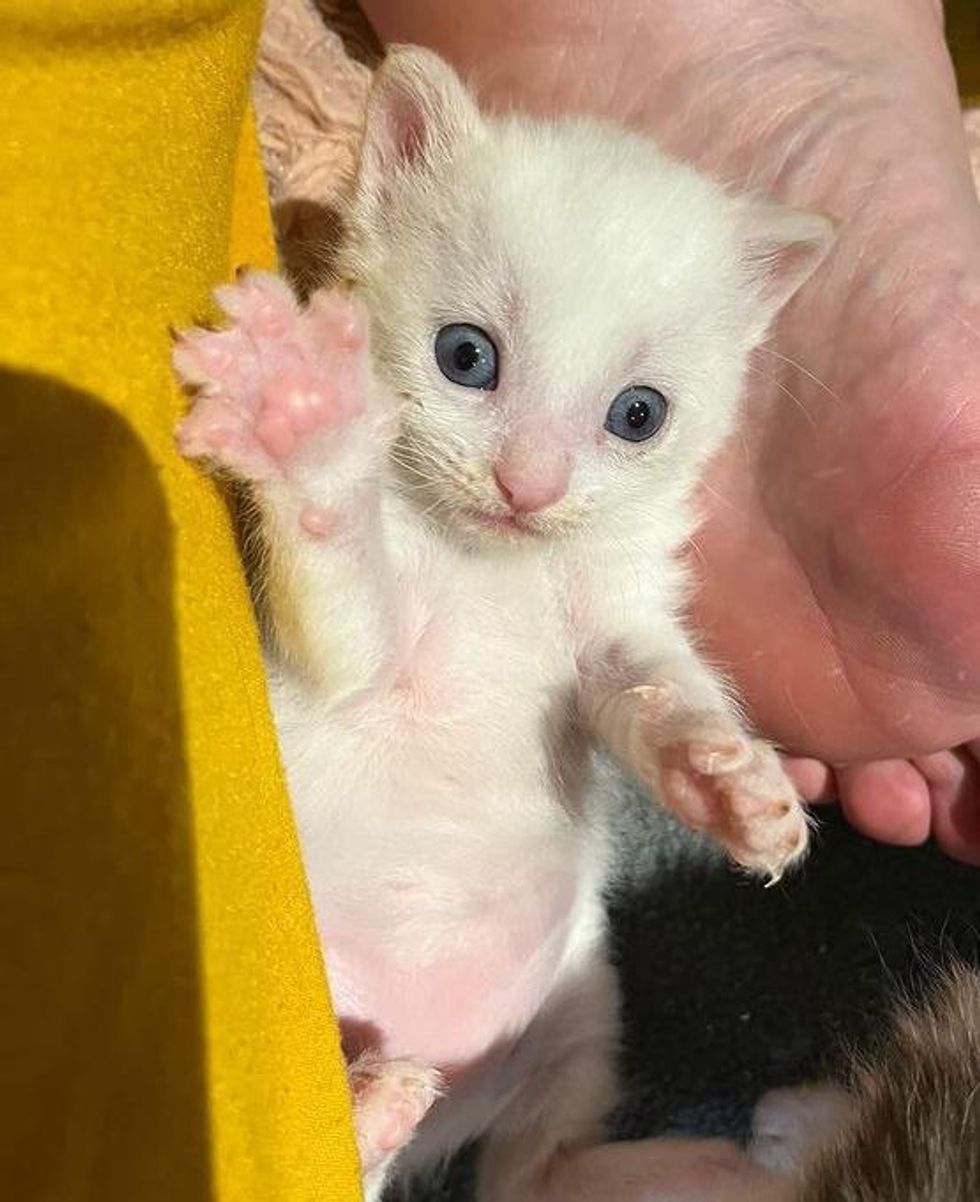 “Candyland is sassy and likes to talk. She is the most adventurous of the kittens. Monopoly is a laid-back girl. She loves to roll around and get belly rubs. She is starting to practice her pouncing skills on her sisters,” Mary added.

“Chutes and Ladders was initially the most standoffish, but now that she doesn’t have to get drops in her eyes multiple times a day, she is the first to waddle over and climb into her foster mom’s lap.” 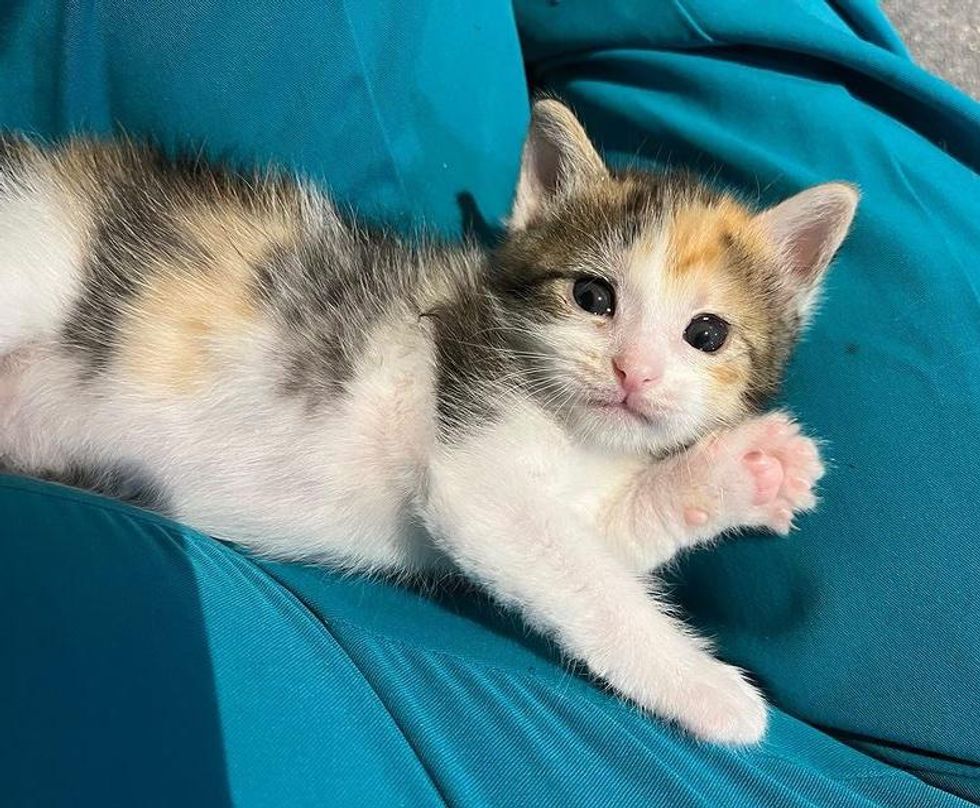 Mama Clue is loving her VIP life as an indoor cat. She will never have to worry about food and shelter or roaming the streets blind. She will get optimal care for her eyes and a forever home she so deserves. 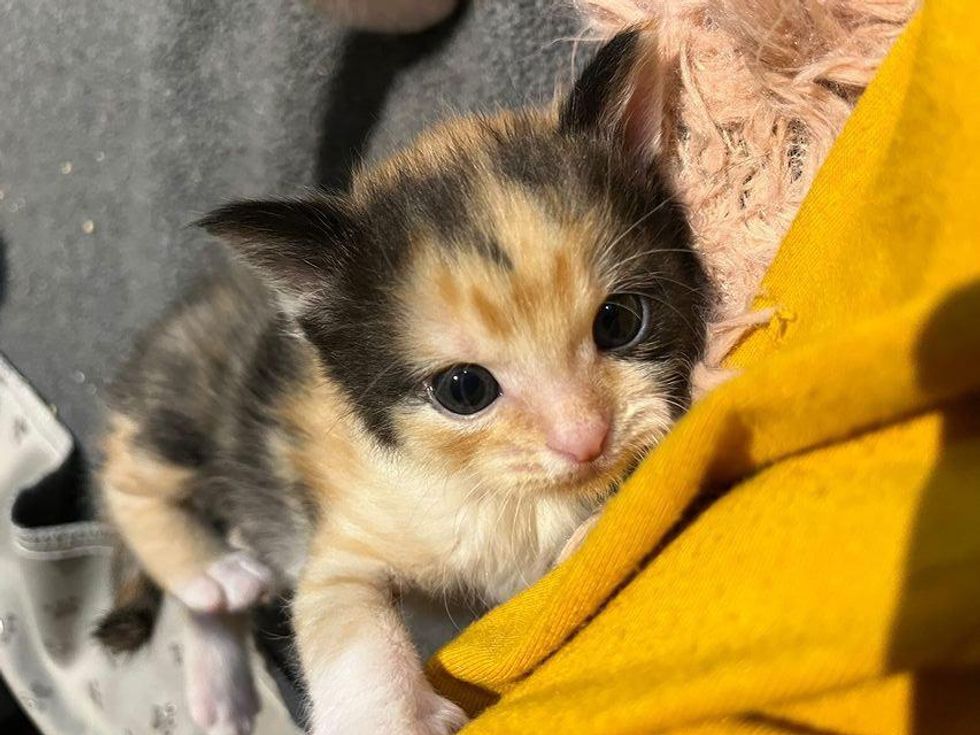 Related story: Cat Waits at the Door with Her Two Kittens as They are Ready to Leave the Streets